This is what the central Black Hills could look like, if a Canadian company has its way.

There are two exploration efforts underway by Mineral Mountain Resources.  One is on private land, and this is the part of the project that the State of South Dakota has given permission to go forward.

The State has given the company an exploration permit and a temporary water permit.  This project is now underway, with drilling rig entering the Rochford/Pe’ Sla area.

The second exploration effort is on US Forest Service lands.  These are public lands controlled by the federal government.  The Forest Service is going through a process that the company hopes will lead to permission to drill on public lands.  People are active in this process, making the points that the drilling would take place upstream from Rapid City (which uses the water that comes from the area) and would take place by Pe’ Sla, a critical Lakota historical and cultural site.  Land at Pe’ Sla was re-purchased by several tribal governments a few years ago.
The entire Black Hills were reserved by the Lakota (Sioux) under the 1851 and 1868 Fort Laramie Treaties.  The tribal governments and treaty councils are active on this issue.

Following is a list of documents and maps for more information:

TEMPORARY PERMIT TO USE PUBLIC WATERS FOR TESTING PURPOSES

This temporary permit is issued (by the State of South Dakota DENR) with the following qualifications:

Mineral Mountain Resources (SD) Inc. shall notify the Chief Engineer prior to the commencement of pumping from Rapid Creek and the approximate length of time the diversion will be taking place. The amount of water diverted from Rapid Creek shall be metered, the amount recorded and the amount reported monthly to the Chief Engineer. Notification and reporting may be submitted electronically at DENRINTERNET@state.sd.us

These document are NFS Letter for categorical exclusion, MMR’s Plan of Operation and the 1972 Gold potential report:

Maps of potential drill sites from Forest Service — these are sites on public lands, not the sites that the company is trying to drill on now 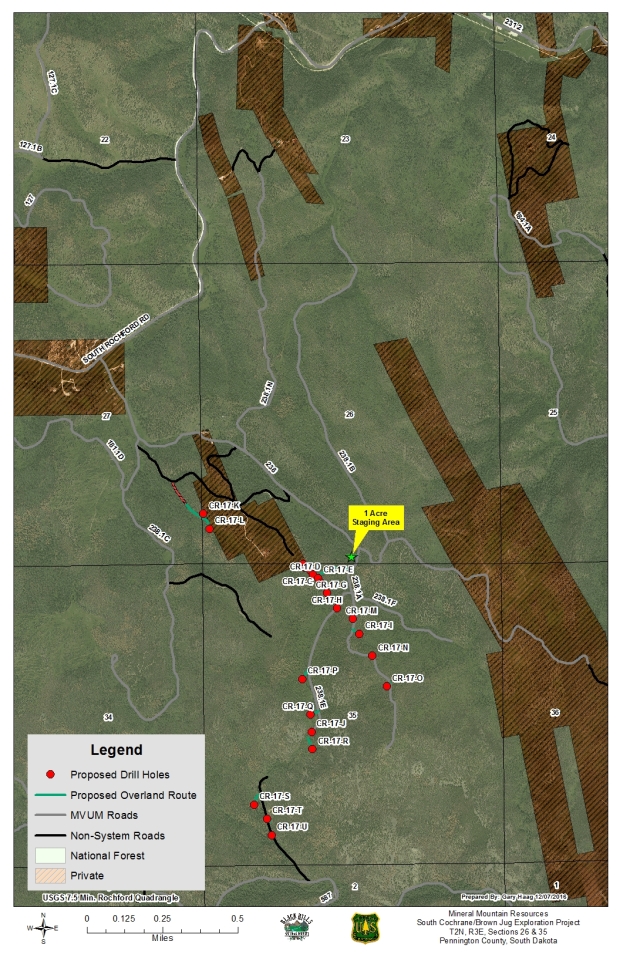 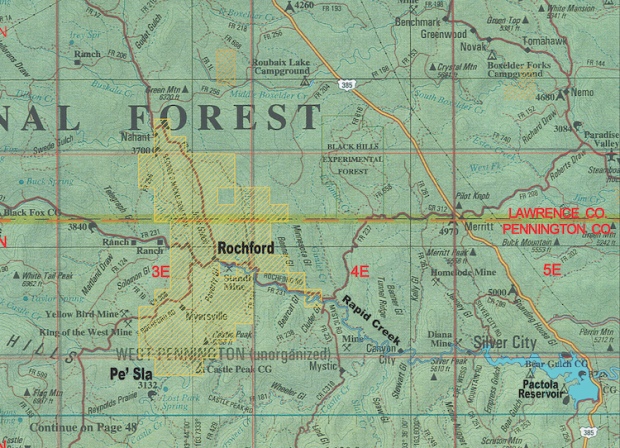 Disclaimer: Maps are based on Bureau of Land Management information, and accuracy is not guaranteed.  Mapped down to the quarter section.